Like always. This is a pre registration article where we point out important changes and general information about next years race.

IFSS – World Championship
It is an honor to invite mushers not only to compete in our race, but also to the official World Championship for long distance mushing in 2023. We also hosted the IFSS Championship in 2015, and it was truly nice to see the high number of entrants that year. It will be exciting to see if number of participants goes high also in 2023. 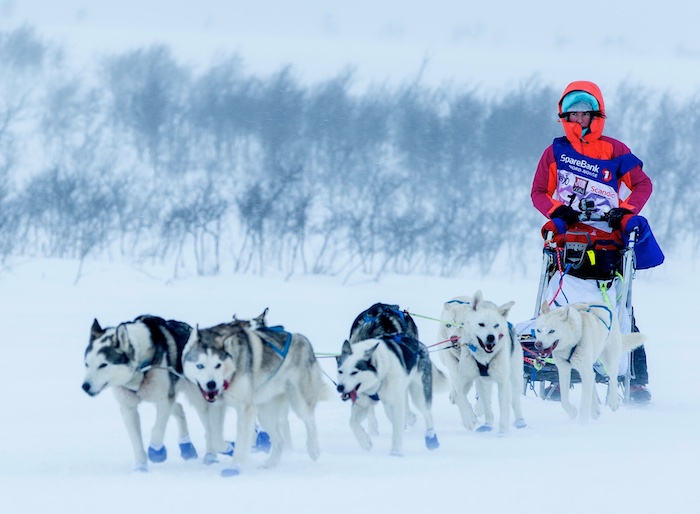 If the points mentioned above are met for RNB teams, they will be awarded in their own class.

The race fee for all classes will be unchanged. Finances for most mushers are tough these days. The bord of Finnmarksløpet therefore has decided to keep the fee unchanged regardless of higher expenses for the race as well.

Junior unchanged
No changes are made for Finnmarksløpet junior.
This means that checkpoints will be at Joatka and Suossjavri. The trail is approximately 200 km long and the maximum number of dogs from the start is 6. Participants who want to participate must qualify by completing a long-distance race minimum 100 km long with a minimum of one checkpoint.
The start time for FL-junior will be Saturday 11th March at 13.00

No changes for the 600
There are no major changes for the Finnmarksløpet 600. The class will still be the world’s longest 8-team race. Checkpoints will be Maze, Kautokeino, Jergul, Levajok, Karasjok and Joatka. Start and finish in Alta. The race starts on Saturday 11 March at 13.15. 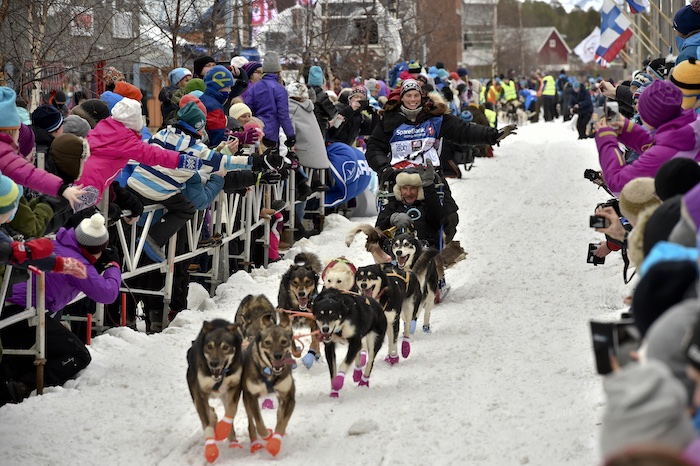 CHAMPION 2015: Sigrid Ekran won the open class in The World Championship. This is from the showstart when she had 2 time ski jump World Champion, Bjørn Wirkola as a passenger the first 15 kilometers. Photo: Dmitry Sharomov

The sporting committee has decided to make some changes for the Finnmarksløpet 1200. The start time will be moved from 16.00 to 12.00. The start date will be Friday 10th of March. The mandatory resting time regulations will be changed for the so-called long rest. It has for many years been a minimum of 16 hours. This is now increased to a minimum of 20 hours. Normally, most participants will do this rest at checkpoint Tana or Neiden 1.
The last change for the 1200 class is the purse. From 2023, everyone who reaches the finish line is guaranteed to get back the starting race fee minus the registration fee. For 2023, this will mean a minimum of NOK 12,000. The new prize ladder for 1200 will be published under the prize tab shortly.

Rookiemøtet vil bli mer omfattende
The rookie meeting will be more comprehensive From 2023, a longer and earlier rookie meeting will be introduced for participants who have not started the Finnmarksløpet 600/1200. It will be held in January via TEAMS, and aims to give new participants good advice and tips to succeed. Here, several experienced FL-veterans, race management and veterinarians will provide a good ballast for those who enter the starting line for the first time.

Of course, minor changes may appear for all classes if an unforeseen need to change arises.

We look forward to to open for registration on 15th September at 18.00.