For those who do not know the sport well. This is what it’s about. In long distance dog race  there are many factors that play in. Participants normally travel from checkpoint to checkpoint during races in Norway. When the Finnmarksløp’s longest class is now changed in the first phase, more teams will consider whether rest on checkpoint is the right choice at the start.

Rhythm Options
Drive six hours, rest three to four hours, then drive six hours. It is a typical driving pattern many mushers choose, at least at the start of a race. For FL-1200, there is a long leg between start and checkpoint in Kautokeino. Exactly measurements is not done yet, but it is most likely between 130 and 140 km. 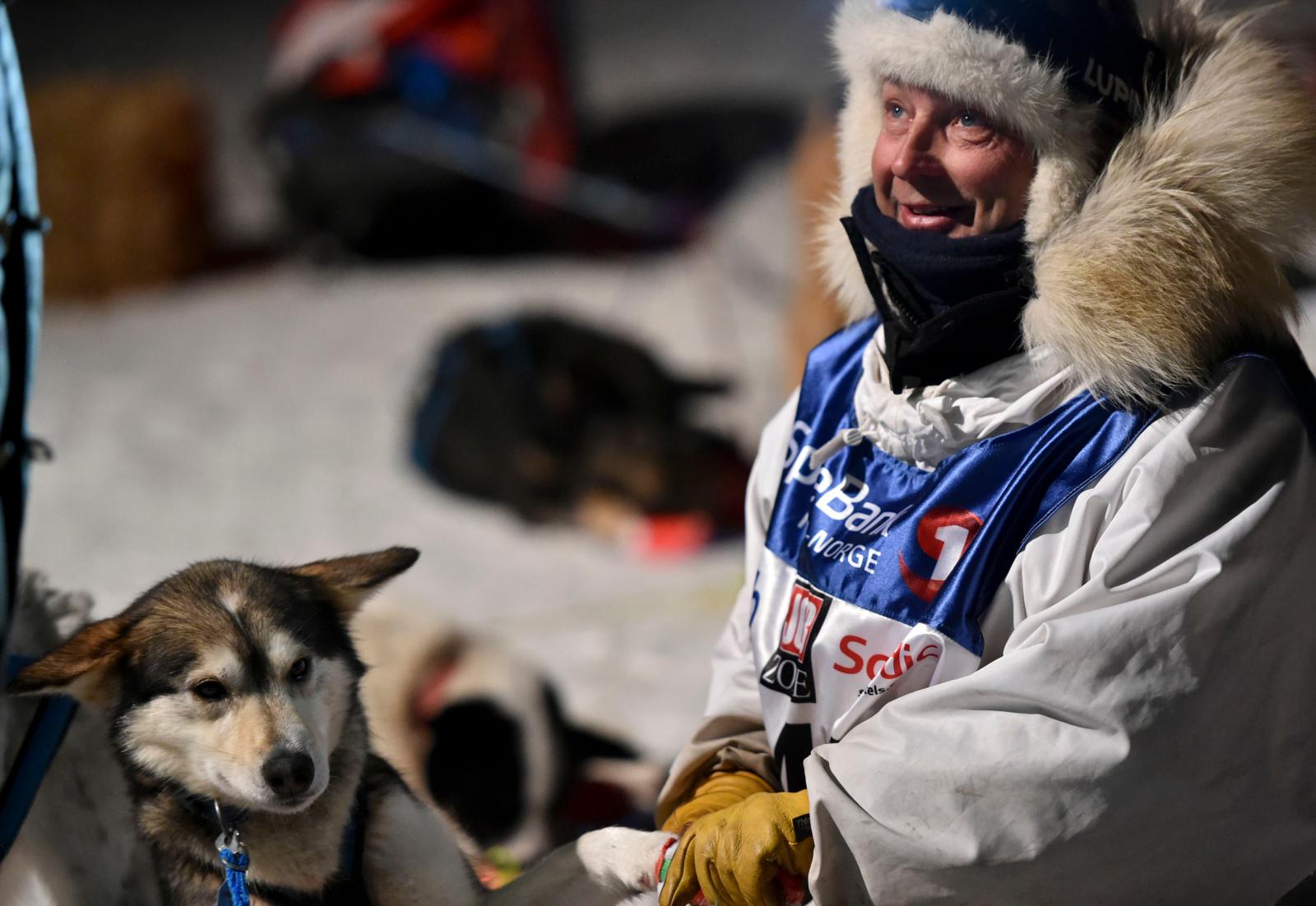 Ralph Johannessen is one of the winning candidates who have a lot of experience, both from Finnmarksløpet and Iditarod. “The most important thing is to do what you’ve been training. It is possible to drive slowly and take long stretches. If you do, you can choose to rest at all checkpoints. If you choose 6-4 tactics, run six, rest four, then you probably will not rest at checkpoint before in Neiden 1, says Ralph, who is not entirely sure what he is going to do.

Looking forward to
A real experienced musher in the subject is Tom Frode Johansen. The smile from Furuflaten, which we like to call him, has completed 19 Finnmarksløp before the year’s edition. Now he is looking forward to getting the opportunity to complete for 20 times, but also about the changes that have been made. “I like the new first part of the race well. That it will be longer does nothing for me either, says Johansen. He wants to get a driving pattern based on the dog’s rhythm rhythm. Simplified means driving early in the day, having a break in the afternoon, driving up and a little over midnight and resting at night. “This one can hardly follow your fingertips, and sometimes I have to prioritize resting at a checkpoint, but basically that’s the way I want to drive. It probably means I will not see so much at checkpoint at the start, explains the routine driver who impressed with a nice location in 1400 km long Yukon Quest in 2016. 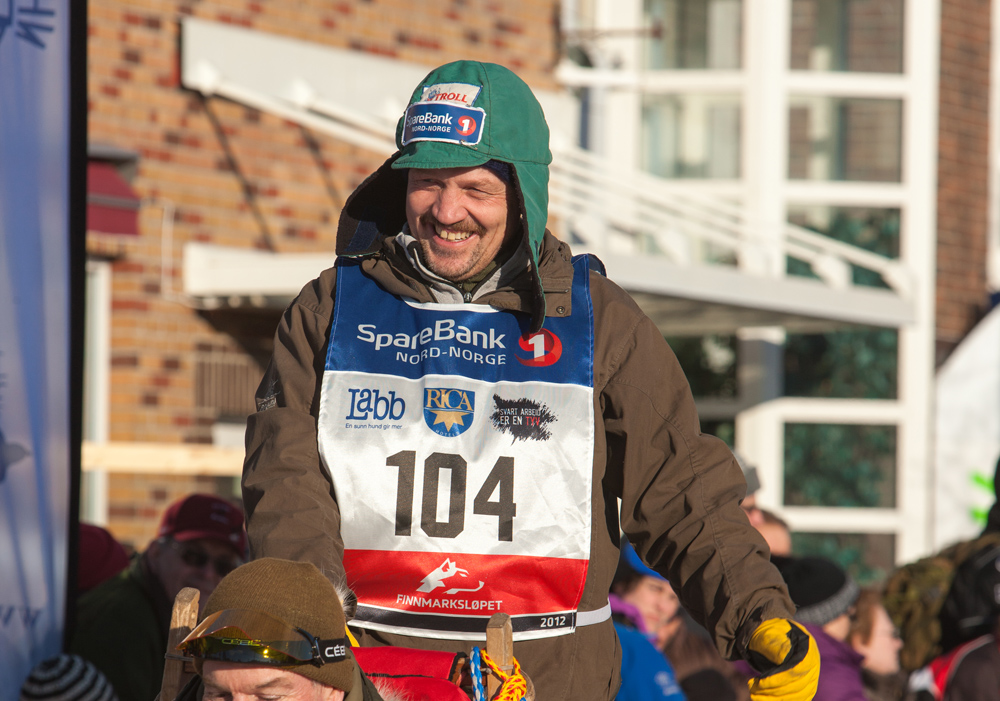 Will rest at checkpoint
One of those who have decided to take the lead at checkpoints is three times Bergeby 650 champion, Kristian Walseth. “We have been trained to drive seven hours, take a short rest and then seven hours. I am basically driving from checkpoint to checkpoint with little rests between. We tested this on Bergebyløpet, and I see no reason not to keep on that plan, informs Walseth that emphasizes a moment that can be very important. Speed ​​in the beginning. Very many participants have trained in big snowmobiles and a loose track this season. At the time of writing, it has been a long time since last snowfall in Finnmark. In many places it’s hard. “At Bergebyløpet, several participants experienced problems due to high speed at the start, care must be taken not to end at a pace that causes damage later in the race,” says Walseth, who is probably the largest home favorite in the longest class.

“I have to admit that I have faith in a good race, we are very well prepared and have solid training on the conditions that are up here right now. Now you’ll see that it bows down half a meter of snow just before starting and clutching my entire plan, “laughs Walseth. 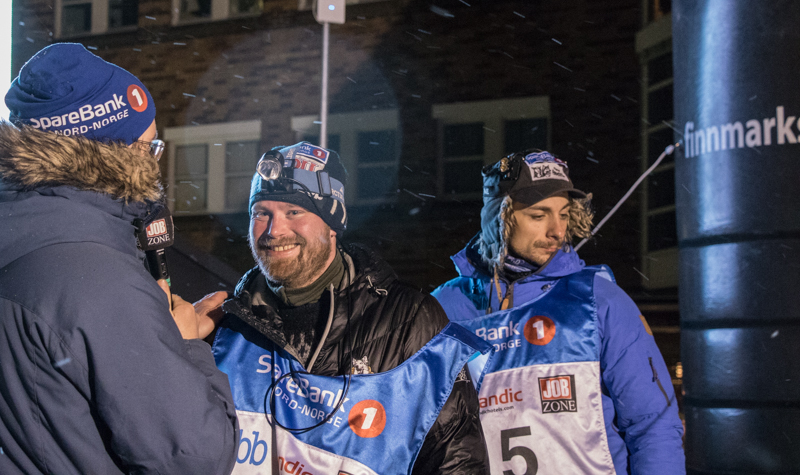 BEST RESULT IN 2017: Kristian Walseth could smile and enjoy his best open class result in 2017. It became a 5th place. To the right of Walseth, Kristoffer Halvorsen sees the place behind Walseth. Photo, Anna Riebelova.