Veteran Tom Frode Johansen with 19 FInnmarksløp on his CV, as well as several Femund Races and one Yukon Quest from 2016, does not complain about the race or the trails during this year’s FL-1200. You cannot change nature, he says.

Our press manager had a chat with Tom Frode Johansen at checkpoint Karasjok today, after Johansen’s arriving at 13:11 CET as #7 to the checkpoint. 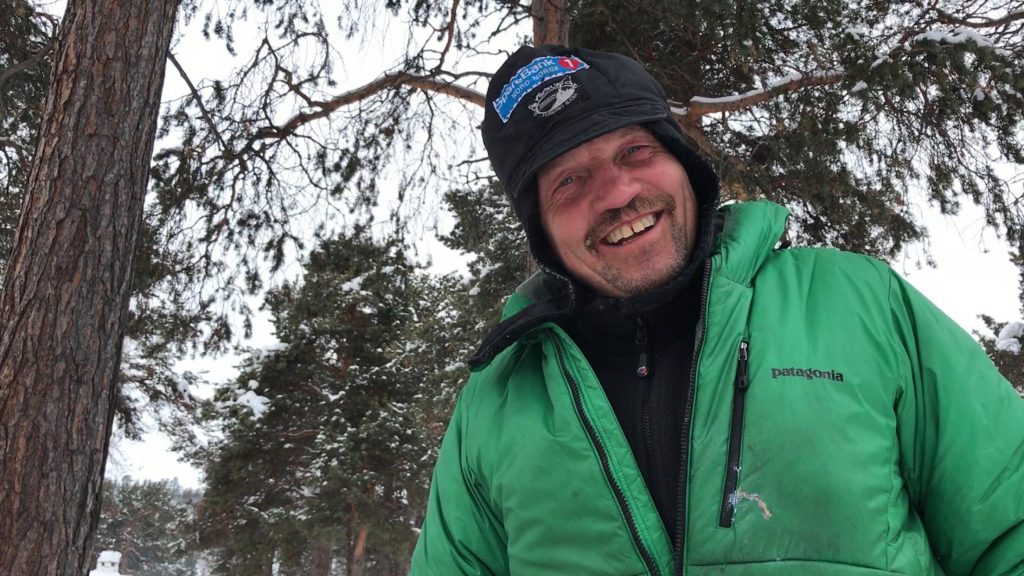 Johansen said he had looked very much forward to this year’s race: – I was very excited about the race this year, because it was a new race that required a new strategy. I got to sit at the kitchen table and draw up a plan, and I have largely managed to follow it, he says. – No one have done this race before, in this way, and it has been very special, Johansen says. He has had to adjust his plan a bit after Kirkenes, though that was to be expected, he admits.

Johansen says he hopes the race remains FL-1200 in the future. – I really do hope so!

Asked how his experiences have been in this year’s race, Johansen says that in the end you always come back to the issue of trail quality.

– It makes it hard on the dogs, but it is hard to do anything about it. Maybe we must accept that you have to have a bit of luck to get through these trails. We cannot blame it on anyone; it is impossible to do anything more about it. I could clearly see that there had been good attempts at creating solid trains, but with the temperature being as low as it has been for some time, it is only possible to pack a thin layer of snow. So when one dog drops through… Johansen does not complete the sentence, but makes it obvious that this is something to be expected, and that it is the same for all the mushers.

– Now I am just looking very much forward to make it to the finish line!

First, however, he has to take his remaining five hours and 40 minutes of mandatory rest in Karasjok. After that, perhaps twice as long to make it from Karasjok to Alta.